The betting industry has developed a significant relationship with one of the most popular games in the world – football.

Through sponsorships, advertising and other various deals, football and betting have become strongly linked to one another.

Sponsorship is one of the most recognisable links the football industry has with the betting sector.

According to reports made by The Guardian, half of the clubs in the Premier League have sponsors in the gambling industry, this number only rising in the Championship (being 17 out of 24). The sponsors including household names in the UK, to a list of new casino sites and even challengers in the Far East.

The betting industry’s links to football not only extend to shirts, but further to entire stadiums. There are some football clubs whose owners also run gambling companies, further promoting the betting industry whilst tightening the link between this sector and that of football. 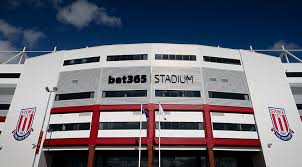 Betting companies also have other, less overt ways in which they promote their companies within the football world.

Some betting companies that have deals with certain clubs has resulted in the WiFi offered in the stadium not be able to access competitors of the betting company. Not to mention, the role of in-game betting and enhanced odds during live games, sometimes giving offers with no deposits required.

Whilst the betting sector does have a considerable presence in football, the industry has recently implemented a ban which stops betting companies from advertising during the course of football games.

This ban has been dubbed the “whistle-to-whistle” ban, and is aimed to help reduce the risk of problem gambling by protecting vulnerable people from exposure to gambling sites (e.g. children).

Betting companies have furthered their association with football with some sites streaming FA games. FA made a deal with the agency IMG that allows IMG to sell FA footage to gambling companies. The deal was made in 2017, and is set to end in 2024.

Users on these gambling sites can only access the footage once they have made a deposit of funds or a bet. This deal has come under much scrutiny by the UK government recently, with MP Carolyn Harris calling for more reform from within the industry.

The FA have since been urged to review their deal with IMG, with the Minister for Sports, Media and Creative Industries Nigel Adams and the FA meeting next week.

Nigel Adams has claimed that ‘The Government are […] very angry about this arrangement, especially after a weekend when the FA worthily highlighted its Heads Together mental health campaign.”

To say the least, the betting and football industries have close ties to one another. However, with recent calls for reform, this relationship must maintain a healthy and responsible attitude towards its advertising methods, helping to reduce the risk of exposure to vulnerable people, and protect against problem gambling.