As a company director, there are certain demands placed on you – not least the requirement that you act at all times in the best interests of your company.

So what happens if something goes wrong?

Directors’ and officers’ insurance, or D&O, is there to protect you against such an eventuality, provided you didn’t deliberately act against the company’s best interests.

If you take a decision in good faith, only to find it has significant negative outcomes, the protection given to you by a D&O policy can help you to recover from any lawsuit that may follow.

Why do I need Directors’ & Officers’ insurance?

In almost every instance, D&O exists to cover purely financial outcomes, such as the legal costs it takes to defend an accusation of some kind.

Even though directors of companies have ‘limited liability’, there are situations where a claim may be made against you as an individual.

During expansion, if you are taking on an experienced individual to work at director level in your company, they may insist on D&O insurance being in place to protect their own interests, as well as those of the business as a whole.

And finally, for the same reasons, any investors may insist that similar protection is in place, so that their investment money does not end up footing the bill for a legal defence further down the line.

Even if you are acting alone,  the financial protection D&O gives to certain specific issues can prove to be a valuable safety net, particularly if you are not 100% certain of the legal landscape in which you are operating.

What does D&O Insurance cover?

D&O insurance can cover non-deliberate acts committed by company directors and officers that are in some way illegal or outside of the best interests of the business.

Harassment and discrimination claims against senior company executives are a major part of this, and fall under the general area that is often covered using Employment Practices Liability insurance, or EPL.

Breaches of legislation – of any kind – can also be protected against, while abuses of power, financial mismanagement, disputes relating to mergers or acquisitions, and accusations of libel or slander all make the list of protected issues too.

Depending on your type of business – and particularly how public-facing your role is – you might be at risk of accusations from different directions.

Shareholders can claim for actions that they believe have harmed the company’s stock value or profitability in some way, while claims for harassment and discrimination should naturally come from employees or job applicants.

Regulators and bodies like the Health and Safety Executive (HSE) can sometimes call upon company directors to give evidence, in which instance D&O cover can protect against any associated legal costs.

Finally, investors who have put start-up or expansion money into your firm may later claim that the information given to them – such as financial projections – was misleading, triggering a case against your financial director or equivalent officer.

Get a tailored insurance quote, just for your business - visit Superscript. 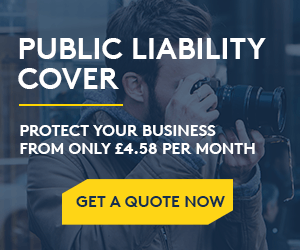