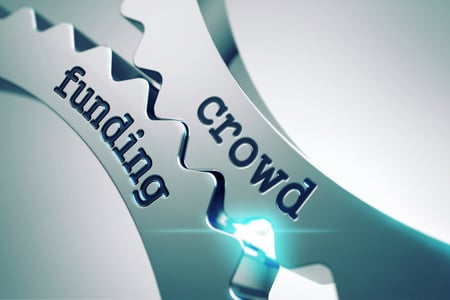 Put simply, Rewards Crowdfunding is the practice of giving lower cost or exclusive items as rewards to early adopters in return for their backing, while Equity Crowdfunding involves selling shares in your business.

To help you understand more about the pros and cons of Rewards and Equity Crowdfunding, and the key points for success, we asked crowdfunding expert, John Auckland of TribeFirst to explain more.

It’s impossible to forget the repercussions of the financial crash, many of which are still felt throughout the global economy today. But, as economic growth flatlined, the opposite happened in the online world.

While the banks cut off their lending to startups, internet technologies were undergoing a key evolution. Web 2.0 was emerging, and technology began connecting individuals, allowing them to bypass many long-established intermediaries.

This was the precursor to both rewards and equity crowdfunding.

The success of rewards crowdfunding can be largely attributed to Kickstarter, who allowed entrepreneurs and creatives to put their ideas directly to the crowd, rather than having to give away ownership or borrow from financial lenders at extortionate rates.

Back then, just creating an appealing pitch page on Kickstarter was enough to attract the crowd. But with the explosion of crowdfunding has come a flood of competition, which can push marketing costs to levels as high as the traditional route.

While you used to be able to pick up backers during your campaign, you now need to have a legion of supporters – or a tribe, as I like to call them – before you run a rewards campaign.

While Kickstarter was the pioneer of rewards crowdfunding, Crowdcube paved the way for the rise of equity crowdfunding when it launched in the UK seven years ago.

Equity crowdfunding sees backers get a proportion of shares in a private company in return for their money, whereas backing a rewards campaign gets backers some ‘neat stuff’.

Due to differing regulations governing the sale of shares or securities around the world, equity crowdfunding has evolved at different rates in different countries.

In the UK, there’s an arguably light-touch approach when it comes to financial regulation, twinned with some rather generous tax relief schemes for investments into fledgling companies.

This is why the UK market is among the most exciting and attractive for crowdfunders around the world.

Rewards or Equity Crowdfunding, which is best?

You may expect me to say that there is no superior type of campaign, and that it entirely depends on the business and their crowdfunding objective. While the latter is certainly true, I have run about a dozen rewards campaigns and several dozen equity campaigns, and I would passionately argue that equity crowdfunding is almost always the better option.

However, there are a few exceptions.

Equity crowdfunding sees money put directly into your business – and it only needs to be paid back once there is an exit of some kind. This means that your target audience are not just customers making a fleeting sale. Rather, you’ll be dealing with people who want to stick with your company for life, or at least come on the journey for several years until you make an exit.

Conversely, the cost of running a rewards campaign combined with the discounts or exclusive rewards you need to offer can far outweigh the benefits of receiving money upfront.

Under-price your campaign or set too low a target, and you risk being unable to fulfil your promises. Due to the unregulated nature of rewards campaigns, too many companies fail to deliver and tarnish their name in the eyes of the crowd.

If your campaign is charitable in nature, or is community or arts related, then rewards is the natural choice.

If you’re an artist looking to launch a theatre, art or music project, a company seeking to launch a low-cost product, or if you just happen to have a passionate crowd ready to support your projects, then a rewards campaign will suit you perfectly.

So, there is always place for rewards campaigns, and there are plenty of companies out there who will benefit from them – it’s just up to you to do the maths and make sure you’ll be able to meet the expectations of the crowd and deliver what you’ve promised.

Whichever route you choose, make sure you can prove your ideas and capacity before approaching the crowd.

In the future, I think that both crowdfunding and crowdsourcing will be a natural approach for incubating great ideas of all kinds.

I even think that proving the backing of the crowd will become a standard requirement of venture capitalists, as it will prove that the company is able to scale-up.

Crowdfunding essentially proves the viability of a product or idea – a successful campaign is able to win over a crowd that votes with its wallet.

Both rewards and equity campaigns are an exercise in real-time market research, market validation, brand awareness and tribe engagement combined.

I believe that, in order to succeed, the ideas of the future will have to pass the test of the crowd. If they do not take on this challenge, they’ll be trusted less for not having a passionate tribe of supporters.

In the meantime, entrepreneurs and crowdfunding platforms alike must ensure promises are fulfilled and the energy, commitment and trust of the crowd is respected and nurtured.

Equity crowdfunding currently has much higher levels of due diligence compared to rewards campaigns and has generally higher success rate, and therefore is the better chance to engage, grow and maintain the backing of your tribe.

So, if you are thinking about taking an idea to the next level, you should seriously check whether you’re eligible for equity crowdfunding.

If you’ve done the maths and are confident you can fulfil your promises, then it’s a journey well worth taking. 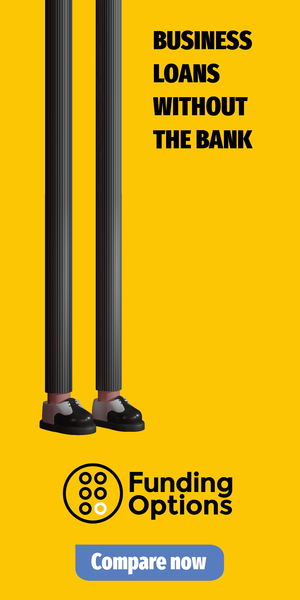