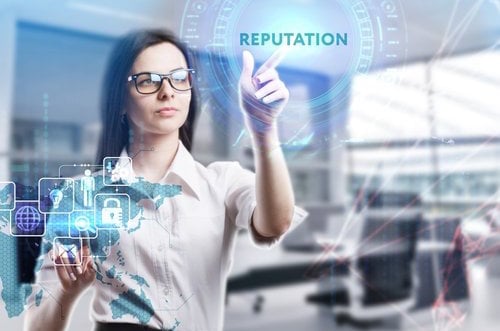 Whether you’re an ardent protestor or you prefer the status quo, it’s hard to deny that society is rapidly shifting power to the people and away from traditional institutions.

Populist politicians are seizing on the mistrust of ‘the establishment’, #MeToo is cracking down on men misusing their power, while the recent plastic straw ban show the powerful effect of a coordinated social media campaign.

All of these movements have one thing in common: the internet. Never before have such huge decisions involved so many people; never before have individuals had such effective power to pressure for change…

And things are just getting started.

The challenge for a lot of businesses, however, is ensuring that today’s practices don’t undermine tomorrow’s reputation. History is rather unkind to those who make decisions contrary to modern morality.

Just because it is the acceptable and legal practice now doesn’t mean future generations won’t savage your reputation. Just look at the sexist advertising from the ‘50s for a taste of what I mean. 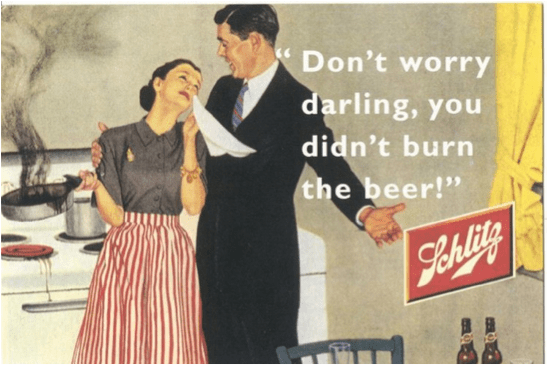 While none of us knows just quite how history will judge us, we don’t have to look far to gain a good idea. From our inaction on climate change to the continued prevalence of sexism and racism, it might not be that long before society looks back in disbelief.

With moral anchors changing so rapidly, it’s hard to know what businesses can do to ensure their future reputation isn’t tarnished. However, there are some things to consider if you want to be on the right side of history;

Privacy is fast becoming a quaint 20th-century notion. In the past few years, surveillance equipment has moved from the realm of spy fiction to the reality of everyday life. Just imagine the information that will be publicly available in a decade’s time!

Would your business survive such an assault on your privacy? What if every decision you or your team made was spread across CNN’s homepage? Would people still buy from you? Would investors hold on to their stakes in your business?

The only solution is to act with empathy at every juncture. If your intent is noble the society of the future will forgive small stumbles along the way.

The 1980s, Gordon Gekko, dog-eat-dog mentality doesn’t go down well in today’s society, never mind the society of the future. The economy simply isn’t a zero-sum game. Negotiating to maximise profit at the expense of customers, clients or partners causes a net loss to society.

Additionally, this short-term profit-seeking breeds the kind of unsustainable growth that has been crashing economies and poisoning our planet.

I feel that if we reframe the way we approach negotiations to include the wider social and human context, we can make decisions that positively impact the world rather than solely the bottom line.

It may help to think of these decisions as a long-term branding exercise ? you may not see immediate results, but you can bet that tomorrow’s shoppers will be avoiding unethical brands like the plague.

3. Will your decisions hold up to scrutiny in 20 years?

Speaking of unethical brands, I expect the next #MeToo movement will probably come from the world of exploited workers. Those suffering in silence in sweatshops and mineral mines will be the keyboard warriors of the future… and they won’t be kind to their former exploitative employers.

It’s not just workers’ rights either. A huge number of businesses are exploiting the environment as well, particularly in developing regions.

How will the people of South America react when their rainforest is gone? Will the people of Borneo be understanding to palm oil companies when Orangutans become extinct? What about the hundreds of millions of people in the Middle East and Africa who have suffered for our oil and minerals?

It’s easy to imagine a time when employees are the ones holding their companies to account. Whistleblowers already have more opportunity than ever, and it’s hard to see that opportunity diminishing. But it won’t just be the companies that will be shamed. Individual decision-makers will be named; reputations will be ruined.

Companies seem to be trying to get ahead of this negative publicity now by increasing their public relations spending and green/black/pink-washing their practices. But, in the future, these attempts will be seen for exactly what they are: cynical attempts to fool the public.

To truly get ahead of the issues, imagine it’s 2030 and previously fringe issues like social equality, environmentalism, and economic justice have become the mainstream. Would you expect to increase your public relations budget to avoid judgement of your current practices? Will you be named and shamed in #DecisionsHaveConsequences or is your conscience clear?

4. Money isn’t the only measure of success

Money makes the world go ‘round. Or so the saying goes. But will future generations agree? Perhaps they will excuse our focus on the bottom line since we live in a capitalist society, but I doubt they will look kindly on those who seek to maximise profit without even trying to make the world a better place for their customers or employees.

Will our future society view Jeff Bezos as a capitalist genius or as someone who exploited employees to gain extreme wealth? Will they admire Apple’s cutting-edge design or deplore their use of sweatshops? What about Topshop, Walmart or Sports Direct?

That being said, companies that invest in their people and the planet will be seen as ahead of their times and will establish their brand as one that genuinely cares.

Companies like Lush have taken time to ensure that their supply chain is ethical and packaging can be recycled. They’ve even risked their reputation to stick up for social issues. Even where ineffective, the effort will still be appreciated in a decade’s time.

It could be argued that we are already well on our way to a post-capitalist world, where human wellbeing is a significant factor in free market economics. Intelligent machines are already starting to optimise for human wellbeing – both staff and society – as well as profit, limiting the destructive side of unfettered free markets.

But machine intelligence isn’t necessary for this transition, it simply requires you to aim towards improving the lives of every person your company touches.

5. Which way does your moral compass point?

Global inequality is at the highest in history. Wealth is being increasingly concentrated in the hands of billionaires who will struggle to spend it in their lifetimes. I’m not against wealth, but I think the future society will judge harshly those who hoarded wealth rather than reinvested it.

I used to work in the world of finance and banking but felt I had to leave because the system is broken. The world of finance is designed to push wealth upwards, blinding the masses to the true level of inequality actually going on.

The banking culture still praises and idolises those who hoard vast wealth but my moral compass told me that is was wrong, that skimming and hoarding wealth was destroying our society.

Instead, I realised I could use my experience and knowledge of the industry to help developing regions that have been exploited to create a long-term blueprint for prosperity. These resource-rich countries often have short-term, unsustainable approaches pushed onto them by profiteering ‘Western’ companies.

By implementing sustainable blueprints, we can help these regions work in harmony with nature to preserve the environment for generations to come. Not only does this lead to greater profit in the long-term, it protects valuable resources for future development. There is no need to choose between profit or society and the environment – you can have both.

Intuition can be a hard thing to pay attention to in the world of business. We are forced to compromise our personal ethics and morality for the sake of profit time and again. But listen to that inner voice, trust your intuition.

Are you creating profit in a drive for status or are you working in harmony with nature and local people to generate wealth for all? Does your company put long-term value and sustainability before the bottom-line or are you exploiting the world for personal gain?

Future societies will not be kind to those who lie to themselves or others. Be honest, be brave, and make changes for the better.

This guide has been written exclusively for ByteStart by David Solomon, co-founder of Blueprints, a fintech platform for economic development that connects brands and businesses with local producers and manufacturers. Blueprints exists to promote a new economic model that leads to a more sustainable and equitable society.