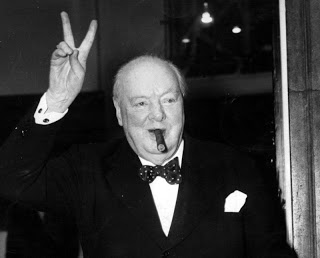 Some people say that the ‘ideal leader’ is a myth. They argue that there are leaders that suit some situations but not others.

The notion of ‘good’ leadership is always relative to the need. There is no single ideal leader. Yet there is a common theme to good leadership: access to a particular set of energies and skill-sets.

None of us has all these naturally: becoming a leader means having to grow. But it means growing in a clear direction, acquiring certain qualities that we need but don’t have enough of.

Some of these qualities can be acquired as we work our way up the career ladder, mastering an aspect of organizational life. Other parts of my list of qualities can only come from the experience of leadership itself.

At the end of this piece, I have put my list of leadership qualities into a matrix, which divides work experience into two types. A huge simplification, I know, but it prevents the model becoming overcomplicated.

Stephen Covey said that trust is ‘competence plus character’, and I feel a similar formula works well for leadership, though I would replace ‘competence’ (which is what we get at the end) with ‘vision’. Leadership is Vision plus Character – plus a third ingredient I will discuss later.

It is the stuff of culture, sometimes accurately reflected in mission statements. It is the leader’s job to sustain and impart such a vision (and sometimes, though not always, to create it).

Vision is more, however. It includes a vision of the organization as a system, as a piece of architecture. The good leader learns where the weak points are, and sets out to strengthen them.

A third aspect of vision is an understanding of the world in which the organization operates. Good leaders have a radar-like sense of their sector, and of the bigger world around it. Which trends matter, and which are fads?

The idea that leaders can move effortlessly from sector to sector does not make sense to me.

Human Character is infinitely more complex. To make my list of leadership qualities workable, I have identified six: three sets of two mutually complementary ones.

The Chinese concept of yang and yin provided inspiration here; apparent opposites, each needs the balance provided by the other to flourish.

My starting point is that assertive energy which I call The Boss, the energy of the individual who exercises authority.

The buck stops with The Boss, who makes no compromises when it comes to the wellbeing of the organization. However, this can sometimes shade over into bullying (all the qualities have ‘shadow’ sides, whereby an excess of them can be harmful). At times, leaders need to be diplomatic and understanding, especially when dealing with their own people.

A quality that I call The Coach complements this. It is sensitive to individuals and their issues. It is eager to develop talent within the organization.

This aspect of leadership is often played down, as it is seen as not forceful enough. But it is essential.

Leadership is also about getting things done, and a driving energy – it reminds me of an ‘express train’ – is characteristic of many of the best leaders I have seen.

This energy needs some kind of boundary, however. The good leader has an ‘alarm bell’, the capacity to spot when trouble is brewing – as the result of an overhasty action, or some threat approaching from outside – and that resources need to be deployed to head this off.

When things get really difficult, good leaders show they are ‘streetwise’ by finding imaginative ways of getting what the organization needs. They also have an excellent nose for a deal.

These fox-like qualities can become destructive if taken too far: foxes are ruthless, lone hunters.

A balancing sense of humanity and affability, of the desire to make and keep friends for the organization, keeps this in check.

Alongside Vision and Character, a final trait of a good leader is that of Mindfulness. This gives a leader perspective.

The good leader stays cool in a crisis. This does not necessarily mean they feel no fear, but that they can retreat from that fear and find a place inside themselves where they can retain a calm, practical overview of the situation.

I happened to watch the movie Captain Phillips the evening before writing this piece: here was a man who kept his cool even when his ship was taken over by pirates – at the end he could finally release that pressure, but during the heat of the situation, he was able to maintain his perspective and values.

Mindfulness also helps the leader deal with the sheer breadth of leadership challenges and can help boost creativity. You can also try these 8 Mindfulness hacks to help make your business ideas actually happen.

I have outlined a set of desirable qualities above – but which one do you bring to bear in any given situation? When do you need to go into ‘Boss’ mode, and when do you need to make an effort to see someone else’s viewpoint?

Mindfulness gives the leader the space to decide on ‘who to be’ in any given situation.

I have gathered these qualities into the following matrix, with mindfulness represented by a tenth, external quality that I call The Conductor; The concept of an ‘ideal leader’ presents people with an idea that they have to be like someone else. Often these are role models like Winston Churchill, Margaret Thatcher or Jack Welch of General Electric.

However, these ‘Alpha’ models represent a dominant Boss quality – whereas I have seen many good leaders with dominant Coach, Compass, Architect or Express Train (or other) qualities.

We all have our own preferences and biases, but we have to learn to adapt these to become a more rounded, but still authentic version of ourselves.

To me that is what the ideal leader is – a person who remains themselves but is willing to gain a wider skill set beyond their unique gifts, so they have wider choices of what to do, especially under pressure.

This article has been written exclusively for ByteStart by Robbie Steinhouse, author of ‘Mindful Business Leadership’, published by Routledge at £19.99. To download Robbie’s new meditation app visit http://www.nlpschool.com/meditate

More on leading a business

ByteStart is packed with help and tips on all aspects of leading and growing your own business. Some of our most popular guides include;