In all businesses, the focus is on employing the right person for the role. When the person you intend to hire is not a UK citizen, you need to be aware of the legal requirements to ensure you stay on the right side of the law.

If you get things wrong you could be fined £20,000 for every worker you’ve wrongly employed. Some cases could even result in an unlimited fine and a 2 year prison sentence. With such a lot at stake, we asked HR expert, Peter Done of Peninsula Business Services, to explain what employers need to know about taking on people from outside the UK.

Whilst the UK remains a member of the European Union (EU), citizens of the European Economic Area (EEA) and Switzerland have the freedom to move to the UK and take up work.

To employ an EEA citizen, all employers are required to do is check their right to work documents to ensure they are from a country within the EEA or Switzerland.

It is expected that freedom of movement will cease once the UK leaves the EU under Brexit.

Once the exit takes place, EEA citizens will have to travel to the UK under the future immigration rules set in place by the government. These are currently unknown, although initiatives such as extending the Points Based System or having sector specific allocations have been discussed.

For non-EEA or Swiss nationals, migrant workers can be employed under the current Points Based System. This is a five tier system where the worker has to have a minimum number of points to qualify for a visa.

For many small employers, they will sponsor a migrant worker to work in the UK under Tier 2. To do this, the business needs a sponsorship licence from the Home Office and will have to meet specific licencing requirements.

Under Tier 2 (general) the worker needs to have an offer of a skilled job that cannot be filled by a UK citizen, unless they are applying for an exempted role. To meet the points threshold, the worker will have to earn at least the minimum annual salary set by the government and have a certain level of English fluency.

Since April 2017, employers who wish to sponsor most workers under the Tier 2 (general) visa will have to pay an immigration skills charge to do so. This charge is set at £364 for small businesses and £1,000 for larger businesses.

Carrying out right to work checks

Regardless of where the worker is from, employers are placed under a legal duty to check the individual has the right to work in the UK. Failing to do so, could lead to a substantial fine or even a criminal conviction.

The Home Office has produced two lists that specify which documents can be used as evidence.

The first list is where the individual has the ongoing right to work and, if the employer is shown a document or combination of documents on this list, they will not need to re-check their right to work throughout their employment.

The second list is where the individual has a temporary right to work and employers will have to recheck the employee has the right to work when these documents or notice expires. You can find the precise details in this Home Office Guide.

Employers have to check the original documents before employment begins and must store a copy of the documents.

The genuineness of the document must also be checked by the employer to check whether, in their untrained experience, they reasonably believe the document is genuine or not. This can be determined by looking at areas such as whether the picture on the document matches the appearance of the applicant.

It is now common practice to make offers of employment that are conditional on the individual producing their right to work documents. This will ensure the employer is not at risk of employing a person illegally and is also likely to encourage the individual to produce their documents in a timely manner to avoid any delays in their recruitment.

There is no longer a requirement for an employer to know that a person working for them is an illegal worker. Since 2016, employers who employ an individual where they have reasonable cause to believe they are an illegal worker will commit a criminal offence. A successful conviction could result in an unlimited fine or a two year prison sentence.

Under the Equality Act 2010, the protected characteristic of ‘race’ prohibits unlawful discrimination, harassment and victimisation against individuals because of their nationality or national origins. This can include treating a person less favourably because they are not British or are from a particular country overseas.

One of the main ways that discrimination can take place, is to have a practice whereby only those who are obviously non-British are asked to produce their right to work documents.

This will be indirectly discriminatory as the overseas worker is treated less favourably because of their race.

Instead, every new starter should have their right to work checked. This will not only avoid discrimination claims but will also prevent any illegal workers from slipping through the cracks.

In addition, employers should ensure harassment is not taking place within the workplace against those workers from overseas countries. Reminding staff that they should be tolerant, explaining what conduct is acceptable and taking disciplinary action as necessary will limit the risk of this occurring. 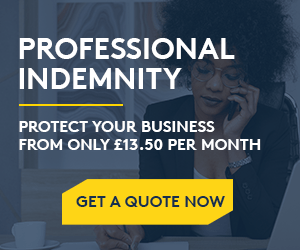