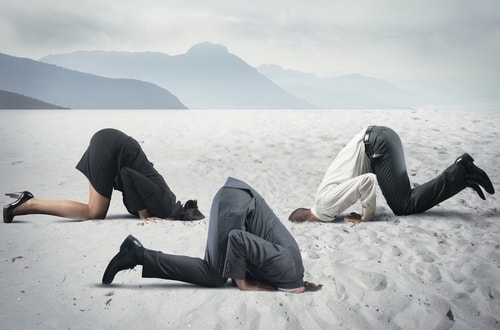 With each passing year, we are barraged with more and more stories of corporate scandals and wrongdoing. Recent examples include a global carmaker rigging their vehicles to cheat on emissions tests, a major bank illegally foisting accounts and credit cards on millions of customers without their knowledge or consent, and innumerable stories about sexual misconduct by powerful, entitled executives.

And these are just a few high-profile cases – the tip of the iceberg for anyone who reads the business news.

Such scandals do not arise overnight. Most of the time, they have deep roots in the culture, structure, and strategy of the organization. Too often, issues are ignored – or allowed to fester – by corporate leaders until they become impossible to contain.

Even when a crisis boils over and hits the headlines, there are things a company can do to mitigate its effects and start the long work of rebuilding the trust of stakeholders.

Unfortunately, corporate crisis management isn’t always intuitive – it often requires undertaking difficult, seemingly counter-intuitive measures to get in front of the crisis. As such, it is frequently mishandled by those who haven’t already experienced serious crises first-hand (i.e., most corporate managers).

So, what are the five most common mistakes I come across as a crisis-management professional?

When there is an allegation of misconduct, the first question many leaders ask is, ‘Who raised this issue?’ This places the focus on the messenger rather than the message, and often leads to downplaying the severity of the allegation – or dismissing it outright.

For example, if the allegation comes from an internal whistleblower, it can be easy to brush off as the personal grievance of a disgruntled employee. If it comes from the media, it’s just a sensationalistic story crafted by a headline-hungry outsider. If it comes from a regulator, it’s just government meddling, another shakedown by quota-driven bureaucrats.

Put aside these rationalizations: corporate leaders should do everything in their power to encourage a ‘speak up’ culture and investigate all allegations that come to them.

Whistle-blowers help bring vision to the willfully blind; the messages they send should never be ignored or suppressed. As a leader, it’s essential to remember that whistle-blowers are not the enemy.

There are too many corporate boards and senior executives who think their companies are doing well because there have been few allegations raised. It is more likely that the lack of allegations is evidence of a serious problem.

Allegations are important signals about the health and culture of a company, including the openness of communication. People should feel safe enough to make them, and leaders need to be wise enough to act on them. Assumptions about past success must not hinder any organization from getting the facts on potential misconduct and taking the necessary steps to resolve it. Any other approach risks severe reputational damage and even criminal prosecution.

After questioning the source of the allegation, the next temptation for a leader may be to tell his or her people: ‘Go deal with this.’ Sometimes this is the instruction an Audit Committee Chair will simply pass along to a CEO. In turn, the CEO hands it over to the General Counsel with no specific request for follow-up. The General Counsel assigns it to a deputy, and so on.

All too often, a company will take the position that the onus is on law enforcement and regulators to do the fact-finding and prove the misconduct before the company needs to take any action itself.

Of course, ‘innocent until proven guilty’ is a fundamental tenet of a healthy judicial system. However, in cases of alleged corporate misconduct, it is still prudent – and a core governance responsibility – for leaders to be proactive and willing participants in fact-finding and remediation.

4. Taking the ‘Business As Usual’ approach 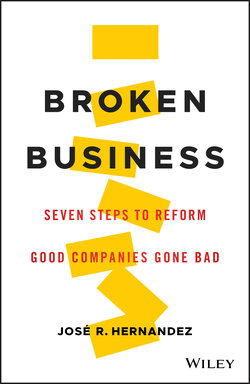 Even in the most serious crises, corporate leaders often go to great lengths to avoid any action that could be perceived as disrupting the course of normal business. This signals that the allegation and internal investigation are secondary and should not take precedence.

It is a denial of the situation and sends the wrong message. Everyone connected with the organization needs to understand that the operating environment has changed and that there are new priorities.

It can be tempting for corporate leaders to believe that misconduct found to have occurred in their companies was limited to a few ‘bad apples’ operating on their own. And it is easy to see the appeal of this myth; it provides leaders with an easy means of avoiding direct accountability for the misconduct.

The ‘bad apples’ theory also suggests a relatively painless (and inexpensive) solution to the problem: cut out the rot and change nothing else. However, the problem is rarely so simple, at least in the sorts of large-scale cases that get the attention of regulators.

All of the above examples of ‘what not to do’ share the same common error of underestimating or mischaracterizing the threat. They all reflect an outdated mindset that fails to appreciate the new reality that consumers, investors, regulators, and law enforcement agencies have little tolerance for corporate misconduct.

Leaders take false comfort in their companies’ size and financial strength, and ability to fight allegations through litigation and PR efforts. Given the ever-growing costs of a crisis, the view that the organization can recover by avoiding the problem, shifting the blame, or diverting attention is short-sighted indeed.

This guide has been written exclusively for ByteStart by José Hernandez a world-leading authority on scandal response and remediation. His new book Broken Business: Seven Steps to Reform Good Companies Gone Bad, published by Wiley, is available in hardback and ebook.

ByteStart is packed with help and tips on all aspects of running your own business. Check out some of our most popular guides;