In 1996, Britain’s team of athletes returned from the Olympic Games in Atlanta with one solitary gold medal from rowing. This was a low point in British international sporting achievement and was the subject of a good deal of national self-flagellation in the media.

Fast-forward to 2016 and Team GB had completed an incredible turnaround in performance, securing over 20 gold medals. So what was behind the change in fortunes? And what lessons can you take and apply to boost your business?

In case one were to attribute the success of London 2012 to the fact that Britain was hosting the Games, Britain’s performance at Rio in 2016 made it the first host nation to actually increase its tally of medals at the following Games.

The scale of this achievement is astonishing. In twenty years Britain went from one solitary gold and being 32nd in the medals table to twenty-seven golds and second in the table only to the USA. To what is this success attributable?

In the narrative that has taken hold, the answer to that question usually revolves around Sir John Major, the National Lottery and the hundreds of millions of pounds invested in elite sport. But, as is often the case with narrative, this explanation is too simple.

The money has, of course, made an enormous impact, particularly in providing the means for promising athletes to dedicate themselves full-time to training.

But this increase in investment as an explanation for Olympic success is too simplistic. After all, examples abound in sport, particularly in football, of vast amounts of money being spent with no demonstrable success.

In addition to the influx of money, there was a change of mindset in UK sport.

The discipline and science-based approach perfected in those sports – such as rowing – where Britain had achieved Olympic success were applied elsewhere. This meant that sports in Britain, for those sports deemed to have serious chances of winning medals, benefited from a professional approach that was unprecedented.

As well as coaching in skills and techniques, athletes were benefiting from the application of science and the latest thinking in nutrition. UK Sport performance director Simon Timson called this approach “Success by Design.”

5 Ways we can learn from Team GB’s success

What if a similar transformation were available today for your business? Here are five lessons we can learn from Team GB and use to drive greater business success:

1. Don’t put up with the status quo

Britain had become accustomed to languishing at the bottom of the medals table but subsequent success shows that while it’s easy to adapt to failure and accept it as the status quo, we should not settle for it.

We can change. So anything that feels like an intractable barrier to business success is surmountable. This isn’t just about feeling positive and upbeat – that helps but it’s much more about the actions that we take.

2. Learn from the science of elite performance

“Success by design” was about learning from those sports that had already achieved great things – cycling and rowing were prominent examples – and replicating their methods elsewhere.

Whatever sector or market you are in, there is almost certainly a business elsewhere that has succeeded. Why? You might dismiss their success as luck but can you learn from their success? What can be gleaned from companies in other countries that have taken a different approach that you can replicate? 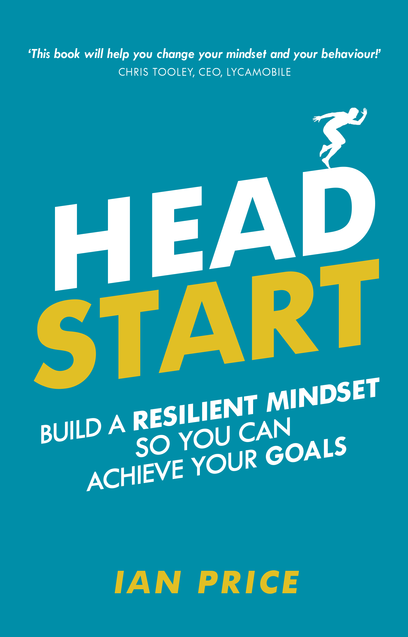 The likelihood is that your people are knowledge workers. So how well they do their jobs, is a function of cognitive performance.

Just as athletes in team GB use training mixed in with recovery, have your people learn from them by doing the brain equivalent of interval training: focusing on one important thing at a time (rather than multitasking) and then taking a break.

Rather than working long hours, they should be getting plenty of sleep at night in order to be as effective as possible.

Team GB is all about going for gold. But if athletes were to focus too heavily just on that overarching goal, it can be distracting.

So they break down their goals into mid-level goals and, most importantly, process goals. These are the daily activities that help them achieve their ultimate goals.

For a sales team, for example, it might be the number of new prospects they need to add to their pipeline each week. This is exactly the sort of process goal that, like cardio-vascular training for an Olympic event, is hard but very necessary.

My experience with businesses is that sales people, for example, are often “too busy” to do the prospecting needed to help with a buoyant pipeline. This has very negative consequences for future sales performance.

Success for Team BG did not happen overnight. Nor did it happen because athletes were more motivated or positive. It was grown from a very low base and performance across a range of sports was improved step by step.

If we believe that our abilities or intelligence are fixed, this can be self-fulfilling. But science shows that we have extraordinary capability to grow our capabilities in any sphere, from sport to business.

With a growth mindset, we look at setbacks and challenges differently – they can be experiences we can lean into and learn from rather than just more examples of the way in which the world is against us.

Just as in sports, success in business is determined by performance and, as Team GB has shown, performance can be improved if we have the right mindset.

This guide has been written exclusively for ByteStart by Ian Price. Ian is a leading performance psychologist and the author of new book, Head Start: Build a Resilient Mindset so You Can Achieve Your Goals, published by Pearson. For more information go to HeadStartBook.com or follow Ian @HeadStartBook