A failed business can have a devastating impact on a business owner. But, the lessons learned can also make an entrepreneur stronger, wiser and more determined to succeed next time.

Author and international speaker, Jonathan MacDonald, was floored by a business failure, but after the initial despair, he picked himself up and used the experience to shape his future success. END_OF_DOCUMENT_TOKEN_TO_BE_REPLACED

In 1996, Britain’s team of athletes returned from the Olympic Games in Atlanta with one solitary gold medal from rowing. This was a low point in British international sporting achievement and was the subject of a good deal of national self-flagellation in the media.

Fast-forward to 2016 and Team GB had completed an incredible turnaround in performance, securing over 20 gold medals. So what was behind the change in fortunes? And what lessons can you take and apply to boost your business? END_OF_DOCUMENT_TOKEN_TO_BE_REPLACED The days of a “job for life” are long gone. Millennials are starting their careers in a volatile, uncertain, complex and ambiguous world, but they are also equipped with the skills and attitude to react quickly to changes and spot new opportunities.

The trend of young people changing jobs more frequently is one perhaps one result of a growing desire by young people to take control of their own destiny and pursue their passions, after being inspired by other young people they see doing the same online.

Just having one single “job” in the traditional sense may no longer be satisfying enough for the new generation. They increasingly want to feel passionate, engaged and motivated by their work.

Consequently, there are now thousands of young people who transfer skills between a day job (that pays the bills) and their own personal business and creative projects. END_OF_DOCUMENT_TOKEN_TO_BE_REPLACED 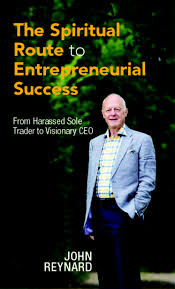 Having set up my company, I won a handful of decent clients and achieved an annual turnover of £500,000. Initially this felt good, but 2-3 years later it no longer did.

As many small businesses can find, it seemed like I was up against a glass ceiling and could not break through. I had problems finding quality staff and just like many entrepreneurs oscillated between feast and famine – masses of work for several months and then a gap with very little.

However, my situation changed when I began to understand the workings of the ego and how I was effectively blocking my own progress.

I learned several techniques for dealing with this and managed to implement them to positive effect. As a result high quality staff started to appear and we achieved year on year growth of +40%. The following is my own definition of the ego, and how to stop it from holding you, and your business, back.

END_OF_DOCUMENT_TOKEN_TO_BE_REPLACED

You’ve got to be a bit of an optimist to start a new business. This positive outlook undoubtedly helps you to get through the ups and downs of starting your own business, but it’s worth investing in a bit of negative thinking too.

When astronaut Chris Hadfield described his preparation to go into space, his focus was not on how fantastic it was going to be when he got there but on being ready to deal with the things that could kill him, so he could get to come back again.

This approach has parallels for how we start up too – we can dream of the big fabulous destination, but we have to expect that we will need to overcome challenges to be a success.

Running a startup is about stepping up to run a messy marathon, not hunkering down to run a perfect sprint. We have to make sure we can go the distance and this means we need to talk about embracing failure, affordable risk and filling the weak spots.