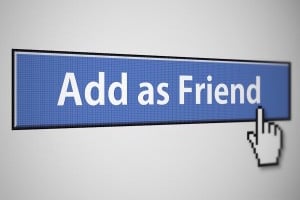 Nowadays, everybody knows that social networks play a significant role in the promotion of a company. That’s why having an engaged and active community on Facebook can make all the difference to your business.

But if you don’t know what you’re doing, building Facebook friends can take a lot of time and effort. So to help you to quickly build your Facebook fans, here are 5 simple steps you should take. END_OF_DOCUMENT_TOKEN_TO_BE_REPLACED

For your networking to bring benefits, you need to plan and prepare; winging it won’t do. You need to be in the right places, making the right first impression in front of the right people. And you need to know in advance what your follow-up strategy will be. END_OF_DOCUMENT_TOKEN_TO_BE_REPLACED

If you are not already an avid tweeter, Twitter is an online tool for creating short messages (tweets) that can be read by anyone who wants to receive them (followers).

Sometimes your followers will forward your tweet to their followers (retweet), and so on, until your original message is being read by everyone on Twitter that is at all interested in what you have to say. Although it is a social medium, it can be used for marketing purposes, as long as you are careful not to spoil all the fun. END_OF_DOCUMENT_TOKEN_TO_BE_REPLACED

When you’re starting or running your own small business, you have an endless list of jobs to do. One of the most crucial is generating interest in your business and creating awareness of your products and services.

Big companies can have a team of people to do this and hire a PR agency but as a small business you will probably need to do all your PR yourself. There’s nothing more demotivating when you’re doing your own PR than spending hours getting the perfect press release put together… only for it to be completely ignored by all the journalists you’ve sent it to.

But don’t take it personally, it’s a very common occurrence. And when you hear that 99% of all press releases sent to the media end up in the bin you realise it happens a lot more often than you think.
END_OF_DOCUMENT_TOKEN_TO_BE_REPLACED

If you thought ‘You Tube’ was annoying, or ‘Facebook’ was vacuous, now’s your chance to enjoy the charms of the web’s latest phenomenon – ‘Twitter’. In this light-hearted piece, we also discuss if it is likely to benefit small businesses in anyway.
END_OF_DOCUMENT_TOKEN_TO_BE_REPLACED