Is there a better way of doing business? Is there a more ethical and sustainable business model that is less focused on the short-term chase for shareholder profit? The answer could well lie with the co-operative business model.

Though around for more than 150 years, co-operatives have enjoyed an increasing prominence throughout the recession.

With many businesses exposed as fragile and unprofitable by the credit crunch, people have sought inspiration in the example of the likes of The Co-operative Group and John Lewis, two of the UK’s most well-known democratically-owned businesses.

So what exactly is a co-operative?

A co-operative is internationally agreed to be defined as “an autonomous association of persons united voluntarily to meet their common economic needs and aspirations through a jointly-owned and democratically-controlled enterprise”.

In short, co-operatives are owned and democratically controlled by their members, be they customers, employees, businesses, residents, people who are part of the local community or a combination of these, depending on the legal model chosen. Just about any kind of enterprise can run as a co-operative.

All co-operatives have a common idea, a belief or need that is the driving force behind the business. All members are treated equally and key decisions are made on the basis of one person one vote.

Based on the values of self-help, self-responsibility, democracy, equality, equity and solidarity, co-operatives seek to balance the need to be profitable with an ethical approach that strengthens communities and protects the environment.

The desire in today’s business climate for transparency is one of the main reasons why the co-operative business model has enjoyed a growth in popularity.

Unlike the sole trader or partnership models, there is no one person in charge and co-operative businesses are free from the kind of shareholder influence normally associated with a company. And while this can complicate issues on occasion, it does ensure that members are in complete control.

Members invest equivalent time or money – with each being an equal shareholder, no one person’s voice is stronger than another.

Why set up a co-operative?

Co-operatives are independent and autonomous enterprises and it is their members who reap the rewards of hard work rather than some fat cat investors.

Concern for communities is one of the key co-operative principles. The George and Dragon pub in the village of Hudswell, North Yorkshire, is an excellent example of the positive effect a co-operative can have on its community.

There is no shop or post office in the village so when the pub closed in 2008 it represented a tremendous blow for the community. So after standing empty for a year, the community decided to step in – and bought the pub for themselves. The new community pub was re-opened recently by William Hague, firmly established back at the heart of Hudswell.

Is a co-operative right for me?

A co-operative is not for everyone, however. Some people do not work to their best ability without a commercial or more materialistic structure, and self motivation and responsibility are prerequisites for anyone involved in the direct running of a co-operative business.

Swift decisions are also hard to come by when major choices must be put to a vote so it’s vital that co-operatives ensure this process is as efficient as possible. And as profits are shared between members on an equitable basis , individual dividends are sometimes small, especially in the early years.

You’ll find that co-operatives are driven by strong ethical or political values, and some are confused or put off from forming co-operatives because of the complexity.

Indeed, they are not for the faint hearted. As well as having a much needed business plan, it is helpful to arm your business colleagues with tasks and jobs that suit their skills and echo their values.

Commitment and dedication are both required, as they are in any business. If you enjoy being in charge and dislike lengthy decision processes, a co-operative is not likely to suit your tastes. However, if you believe in sustainable development, community involvement, openness, honesty and equality then you could do far worse than to consider a co-operative.

Some examples of co-operatives

Professional Indemnity Insurance – from £13.50 per month 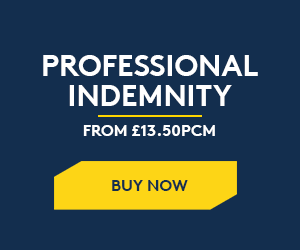 PI cover tailored just for you by Qdos. Get covered in under 10 minutes.