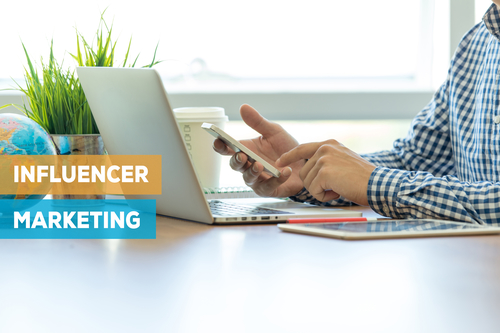 The way in which audiences are perceiving and consuming marketing content is changing rapidly. The digital sphere has changed the nature of how we, as consumers, respond to advertising, with the result that many traditional techniques just aren’t cutting it any more.

Consumers are digitally literate and don’t have any qualms about voicing their dislike of traditional advertising.

The first banner ad was created more than two decades ago in 1994 and since then not that much has changed. This lack of innovation is a key reason why, by the end of 2018, 30% of all Internet users will be browsing with an ad blocker installed within their browser.

What’s more, Generation Z, the oldest of which are currently in their late teens, are beginning to shape the future they want to see with almost 70% already actively avoiding traditional advertising altogether.

Consumer are now far more likely to take the advice of those that they follow on social media. This is leading to a shift away from traditional advertising to a more advocacy based model. Welcome to the world of micro influencer marketing.

And those aren’t just hypothetical figures. 94% of marketers who implemented an influencer marketing strategy in 2017 reported that it had been an effective investment.

The future is clearly influencer-based but as many vloggers and bloggers have built such large social followings that they are now mini digital celebrities in their own right, able to demand remuneration for their time and access to their influence. This has enabled small businesses to dip their toes into the pool of influencer marketing.

The Benefits of Using Micro-Influencers

Whereas top influencers with more than 100,000 followers are often consistently working on a variety of sponsored content, micro-influencers have created a name for themselves within a specific niche and are dedicated to nurturing their relationship with their following.

Micro-influencers are hyper-aware of how their content will be perceived and their desire to maintain an authentic and credible image results with an ultra-engaged and often exceptionally loyal following of between 5,000 and 25,000.

This sounds brilliant, but can micro-influencers, with their comparatively smaller audiences, really deliver results for businesses? Yes, and it’s got a lot to do with the increasing awareness of audiences we discussed earlier.

Kim Kardashian might have more than 10 million followers, but with an engagement rate of 1.6% it’s clear that influencer marketing is far from a numbers game.

Audiences who know an influencer is only sharing a product because they are being paid are less likely to trust their opinions. With micro-influencers, however, the traditional marketing funnel is overturned.

The ultra-engaged audiences of micro-influencers form the very top of the funnel. Rather than following for aspirational reasons, audiences can often relate on a much more personal level.

Not only is this why engagement levels are markedly higher at around 4%-8%, audiences are also more likely to actually believe recommendations from an influencer they trust.

The most effective influencers are those who already like what you do. Audiences who know creators already like the brand they are promoting ensures collaborations feel authentic.

Looking to a brand such as Glossier are useful examples for smaller businesses in how leveraging the influential power of an existing customer base can really boost overall brand awareness.

Through their rep program Glossier has created a sort of creative no-marketing marketing. As Buzzfeed put it in 2016, “the marketing is there, but it doesn’t feel like it.”.

Another great example of micro influencer marketing comes from E.l.f cosmetics, that ran a campaign in 2017 with 50 micro-influencers, each with an average Instagram following of 1,500.

These individuals were selected specifically because of their genuine enthusiasm for the brand. The unbridled promotion of creativity that resulted saw a 25% increase in E.l.f’s social following and reinforced the brand’s authentic values.

Nurturing long-term relationships with influencers by running ongoing campaigns is another excellent way of building trust and ensuring authenticity.

Flitting from influencer to influencer can look fickle so securing multiple mentions from the same influencer in important in order to establish yourself as a positive and trustworthy brand in the minds of their respective audiences.

Your brand image is naturally extremely important to you, however restricting how your chosen influencer can create campaign content will always be to the detriment of its quality.

By leveraging the genuine enthusiasm of micro-influencers and their switched on audiences, small companies can create authenticity and reach out to new markets with a comparatively moderate budget.

This guide has been written exclusively for ByteStart by Steve Hill, the Director of Bag Workshop, a leading UK supplier in promotional bags and custom branded bags. Having worked in marketing for over a decade, Steve stepped aside to found three separate companies supplying bespoke marketing products under the Wurlin Promo umbrella.

ByteStart brings you help and tips on all aspects of starting a successful small business. Check out some of our most popular guides;