It’s not uncommon that when an employee makes a complaint about a fellow colleague that employers wish to bury their heads in the sand and ignore the issue.

A getting on with business approach, however, is unlikely to solve the dispute and can cause the situation to spiral out of control. Employers who manage disputes and try to resolve these when raised will see the benefits of taking such an approach.

How are disputes raised?

It’s important to note that not all disputes may be raised as grievances or formal complaints. In some scenarios, an employee may inform their employer of a dispute informally, for example, during an informal conversation or as a matter at a return to work meeting or appraisal review.

Employers can ask whether the employee wishes to raise the issue formally, through the normal grievance procedure. Where the employee says they don’t wish to do this, simply laying the matter to rest is not best practice. As an employer, when you have been made aware of an issue, you should take action.

Disputes can also be raised through a formal grievance procedure by the employee, more often than not, writing a letter to their employer stating that they wish to raise a grievance. Ignoring this letter will put the employer at risk of the complaint escalating and becoming a more deep-rooted issue.

When an employer is made aware of a dispute informally, through listening to office gossip or by being told by a disgruntled employee, they may find it useful to hold an informal discussion with the employees concerned. In some situations, this may be enough to solve the issue.

A dispute can be raised on the grounds that the employee feels that they are not being listened to so doing this, and talking to them about the matter, will ensure that this is addressed.

The concerns outlined in the dispute should be taken in to account when considering whether it can be handled informally because a dispute raising greater concerns.

For example, bullying, discrimination or harassment issues, are unlikely to be resolved formally, and trying to do this could lead to a further dispute that the issue is not being taken seriously.

Most companies will have a grievance policy contained in their employee handbook which sets out the procedure they will follow when they receive a grievance.

A policy on this is really important as it allows disgruntled employees to see how employers will tackle their complaints and will transparently set out the timetable that the process will follow. 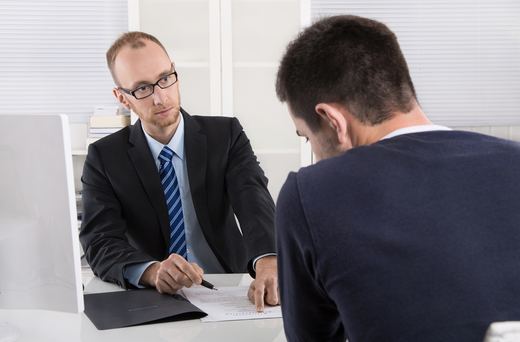 As a minimum, most grievance procedures will provide for a meeting with the complainant where their grievance can be investigated. As their grievance involves a dispute with another member of staff, this individual will also need to be met with to hear their side of the story.

The final decision will then be informed to the member of staff bringing the complaint, offering the right to appeal to ensure overall fairness of the procedure.

Some companies may also have a personal harassment policy and procedure which outlines the process to be taken when a complaint of harassment has been made.

Usually, these are not the easiest situations for an employee to complain about so using the policy to outline who a dispute should be notified to can ensure that the matter is brought to the employer’s attention.

A similar meeting and investigation process to the grievance procedure is likely to be followed but any differences should be adhered to.

Where the complaint and investigation process has revealed that the dispute has been caused by discriminatory behaviour or behaviour which is against company rules, then further action should be taken in line with the company disciplinary policy.

Other methods of tackling disputes

A useful way for employers to tackle workplace disputes, especially where this concerns a clash of personalities or emotions, is to use mediation.

This method uses an independent mediator to encourage the parties in dispute to sit and communicate openly about their issues in order to come to a mutual agreement about how they can work together in the future.

The process does not place blame on either party or uphold/not uphold the dispute but looks at providing a way forward for the parties.

Other areas which employers can look at to resolve the dispute are: how effective communication is in their organisation; team building and building morale; providing training on harassment, bullying and equal opportunities.

It is obvious that tackling disputes in an effective and timely manner will benefit the business. Not only does it resolve issues as soon as these are raised, but it will contribute towards employee engagement and morale as it makes those involved feel that they are listened to and taken seriously by their employer.

There is a risk to the business where employers are failing to properly tackle disputes. Ongoing disputes between staff may lead to an increase in staff absenteeism and medical issues such as stress at work. There are also other issues which will be affected including staff morale, team work and productivity.

A total failure to take action lead to the employee resigning and claiming constructive dismissal at tribunal, for which a damages claim can be significant.